Welcome to Episode 1 of How I Write my Music. In this tutorial I’m taking you behind the scenes to show you my thoughts as I composed my “Fantasy on a (Given) Theme.

This piece was my own entry for the School of Composition January 2018 Composition Challenge. The composition challenge is a monthly event here on this site and it’s open to composers of all ages and styles. At the end of every challenge, I select a few interesting entries and discuss them on a separate video.

Before we begin, listen to this composition. I called it “Fantasy on a (Given) Theme” 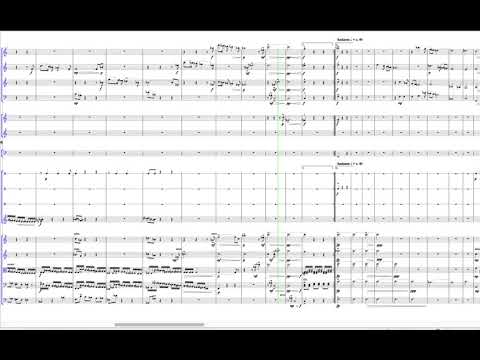 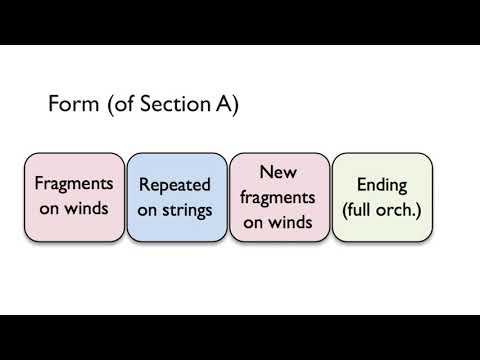 The challenge was quite simple: Compose a 2-minute (or more) piece that somewhere, somehow uses this 6-note sequence:

As you can probably see, its main characteristic feature is the tritone (aka. the interval of the augmented fourth) between the E flat and A.

Fantasy on a (Given) Theme

The first thing to notice is the initial harmonization of the given sequence. Particularly the E flat (that originally caused a lot of discussion) is harmonized by a simple F sharp diminished 7th chord that leads to the chord of G major, which of course in turn is the dominant of C. This is important because I wanted to stay in this key.

Section A is composed of little fragments that outline the interval of the tritone. This is on purpose – the tritone refers back to the given sequence. Remember we said that the tritone is its characteristic feature. 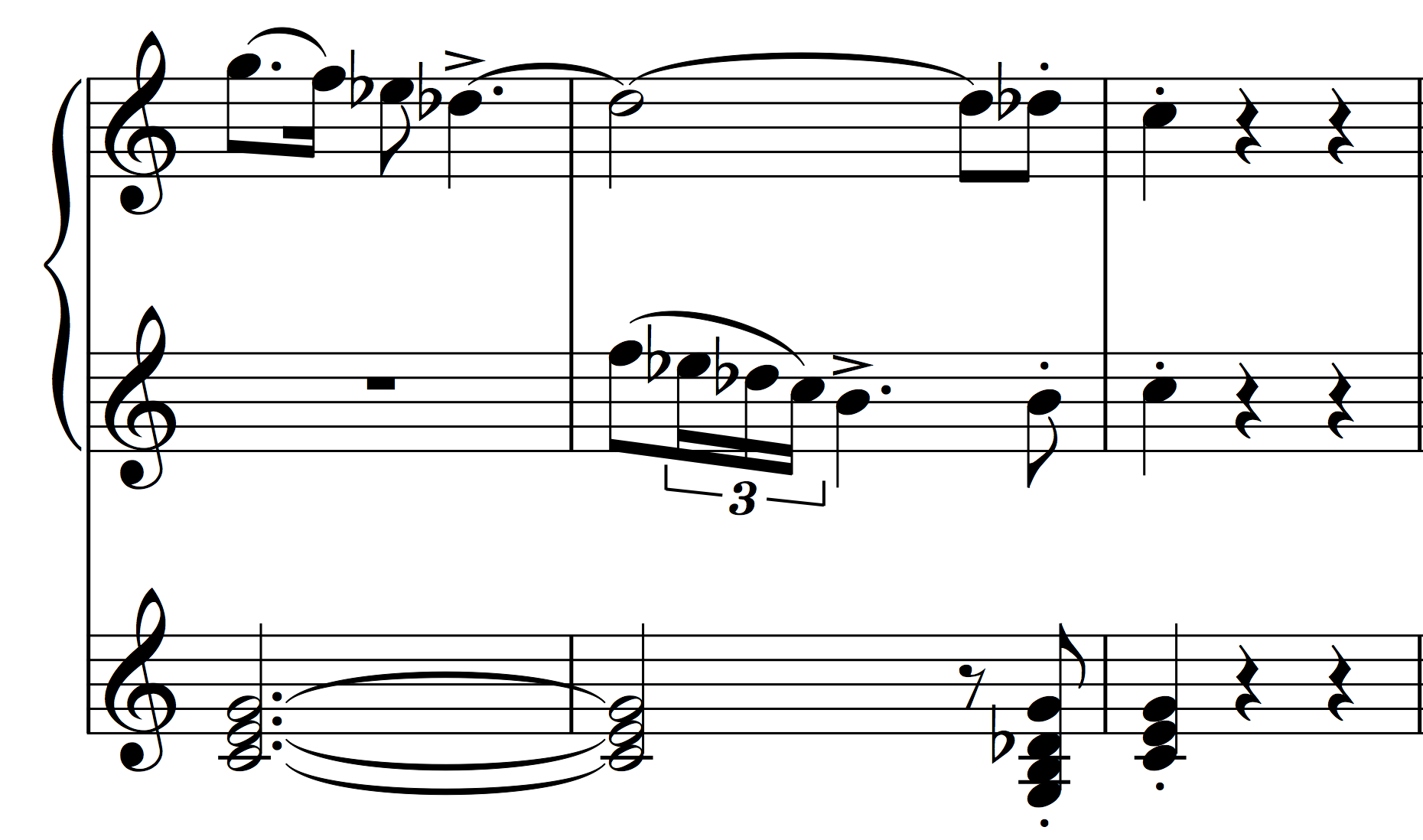 What is interesting is that the result of the moving voices is this chord: G7b5 – in the key of C major, that’s the dominant 7th with the flattened 5th.

Now you might notice that this section is made up of two parts itself. One is with this accompaniment:

And the other with this:

What’s interesting is that this second accompaniment figure is a development of an earlier idea – specifically the transition to where the strings repeat what the winds just played.

The ending of this section uses a technique known as fragmentation – the theme is broken down into tiny parts (in this case, just the first two notes) and the whole orchestra plays around with them until we get to the final chord. When you look at the score and listen to the piece, you’ll notice that this section is repeated. I decided that it should be repeated because of its form:

As the diagram above explains, this section begins with those short melodies (fragments) played by the winds that are then repeated by the strings (bars 6 – 15).

But when the winds play some new fragments again (bar 20 onwards), the strings DON’T get to play them as well. Instead we get to the ending. To some extent the section comes to a finish a little bit early and so there’s a sort of imbalance. The repetition of the whole section makes that imbalance more convincing just because it becomes more familiar with a second listening.

This imbalance, by the way, contributes to the comedic, agitated effect that this whole section has.

As usual section B is a contrast: it’s slower and consists of a longer, more lyrical theme. What’s important to note here is that just because it’s a contrast, doesn’t mean that it should be completely new. If it was, why not simply make a new piece out of it?

I want the contrasting section to be related at the same time. And so the melody here comes out of the retrograde-inversion of the original sequence. If that sentence confuses you, I’ll explain:

Here is the inversion backwards (that is, in retrograde) – this transformation is called retrograde-inversion.

This transformation of the theme is the basis of Section B. The melody here is the retrograde inversion and then continues with sequences of the first four notes. Sequences are repetitions that begin on a different pitch.

Notice also that the full melody here repeats 3 times, every time building in dynamics and adding instruments until we reach the climax. Notice that the horn doesn’t take part in the orchestral tutti – its sound is saved for the solo that comes after:

And after the horn solo, the piece finishes off with a brief reminder of the fragments from Section A.

If you have any questions or you’d like to get in touch, email me or message me on Facebook. You’re welcome to join our NEW group here: https://www.facebook.com/groups/schoolofcomposition/