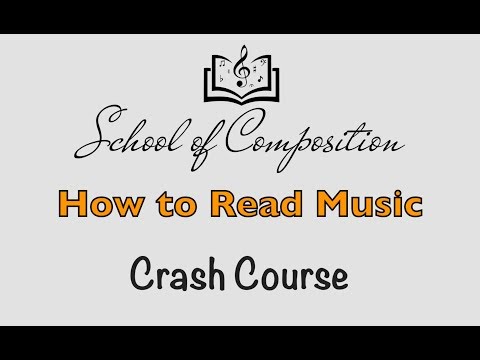 Get the Free Workbook for this course by clicking or tapping here!

In this lesson we’ll explore the alphabet of music with the help of the keyboard. Let’s begin by looking at the diagram here. Do you notice a pattern for how the keys are laid out?

The pattern consists of 12 different keys and it repeats itself up and down. Here is one instance of it. It’s made up of 7 white keys and 5 black keys. Of course, every one of those keys is a different musical note.

These 7 white notes are named after the first 7 letters of the English alphabet: A, B, C, D, E, F and G. After the note ‘G’, the pattern starts over and we get another ‘A’.

The black keys are named using one of 2 symbols known as accidentals: the sharp or the flat. The job of the sharp is to raise a note by one key (or we can say, by one step). The symbol is similar to the hashtag but not exactly the same: 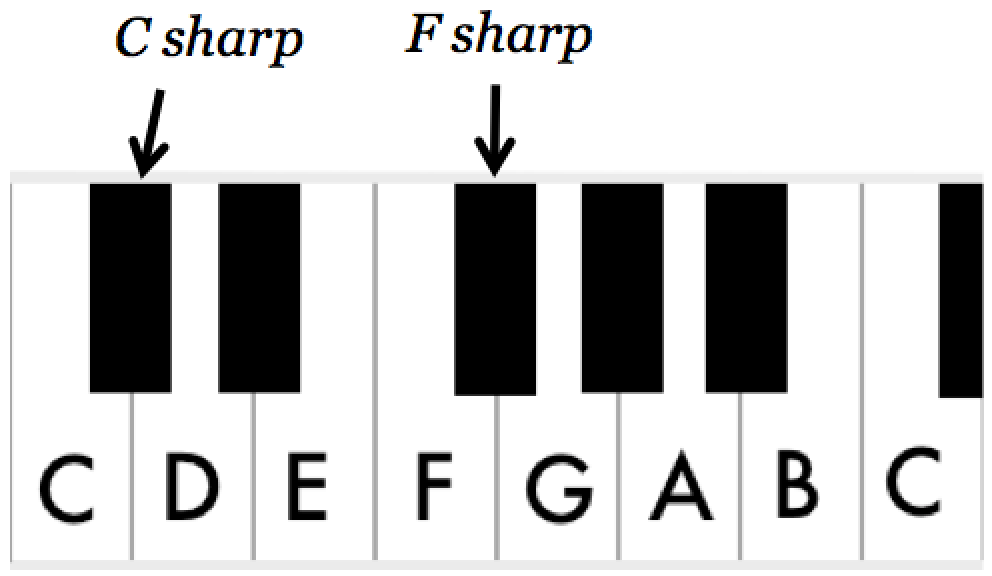 On the other hand, the job of the flat is to lower a note by one piano key (that is, one step). This is its symbol: 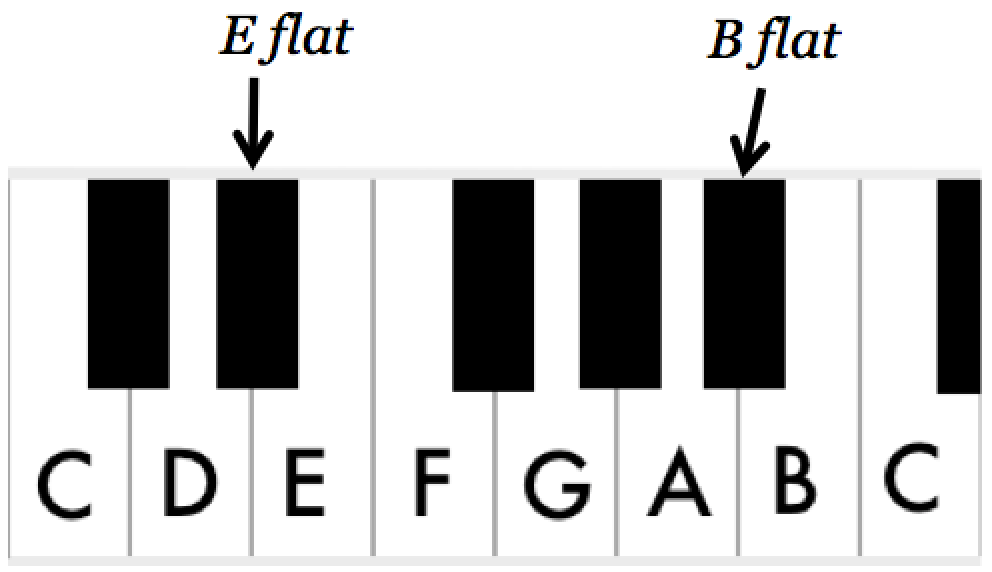 So the complete musical alphabet consists of 12 notes. 7 keys named from A to G and 5 black keys named either with sharps or flats.

The reason that a note can have two different names (or spellings) is because of how sharps and flats work. A sharp raises any note by one step while the flat lowers it. So a step up from C, for example, is C sharp and a step down from D is D flat – even though we end up on the same note.

The distinction between the possible spellings of a note will be important later as we construct scales and build chords. For now it’s enough to simply be aware of it.

The natural is the third accidental. As its name implies, its job is to cancel out any sharps or flats that have appeared before it – moving the note back to the white (natural) key. This is especially important because sharps and flats remain in function for the whole measure – the natural is useful to take the note back to its original state.

The symbol for the natural is this:

Accidentals are always written to the left of the note head:

‘Semitone’ is the name for smallest distance possible on the keyboard. It’s the distance between any two notes that are immediately next to each other. The ‘tone’, on the other hand, is the distance of two semitones. A tone is the distance between any two notes that have one intervening note in between. These terms are important as they come up over and over again in music theory. For example: The musical alphabet consists of 12 semitones. The job of the sharp is to raise the note by a semitone. And the job of the flat is to lower the note by a semitone.

That brings us to the end of part 3 of the Read Music in 20 minutes Crash Course. Now get some practice by downloading the workbook and leave a comment or shoot me an email if you’ve got any questions. When you’re ready go to the final part of this crash course: Naming the notes!